Avikus, a subsidiary of HD Hyundai, has successfully carried out autonomous navigation of a large ship across the ocean, becoming the first company in the world to accomplish such a feat.

The PRISM COURAGE departed from the Freeport on the southern coast of the Gulf of Mexico on May 1, passed through the Panama Canal, and finally arrived at the Boryeong LNG Terminal in South Chungcheong Province in Korea after 33 days. The vessel sailed half of roughly 20,000 kilometres in total distance with the autonomous navigation technology HiNAS 2.0.

Avikus’ HiNAS 2.0 is the navigation system that creates optimal routes and speeds based on Hyundai Global Service’s Integrated Smartship Solution (ISS). Its artificial intelligence recognizes the surrounding environment, such as weather and wave heights, and nearby ships, and then controls the vessel’s steering commands in real-time. The Level 2 autonomous navigation technology can control and operate the ship in addition to the functions of recognition and judgment (Level 1 autonomous navigation technology).

In this ocean crossing, the PRISM COURAGE equipped with HiNAS 2.0 was operated autonomously on the optimal routes, increasing the fuel efficiency by around 7 per cent while reducing greenhouse gas emissions by about 5 per cent. Also, the system accurately recognized the locations of nearby ships during operation to avoid collision over 100 times.

This voyage was conducted under real-time monitoring of the American Bureau of Shipping (ABS) and the Korea Register of Shipping (KR) to verify the performance and stability of the technology. Avikus plans to commercialize HiNAS 2.0 within this year after receiving a certification from ABS for the results of this self-propelled ocean crossing.

Autonomous navigation technology is drawing attention as an innovative technology for future maritime mobility because it can solve workforce shortages in the maritime transportation industry, reduce pollutants, and improve safety by completely removing the possibility of human errors. 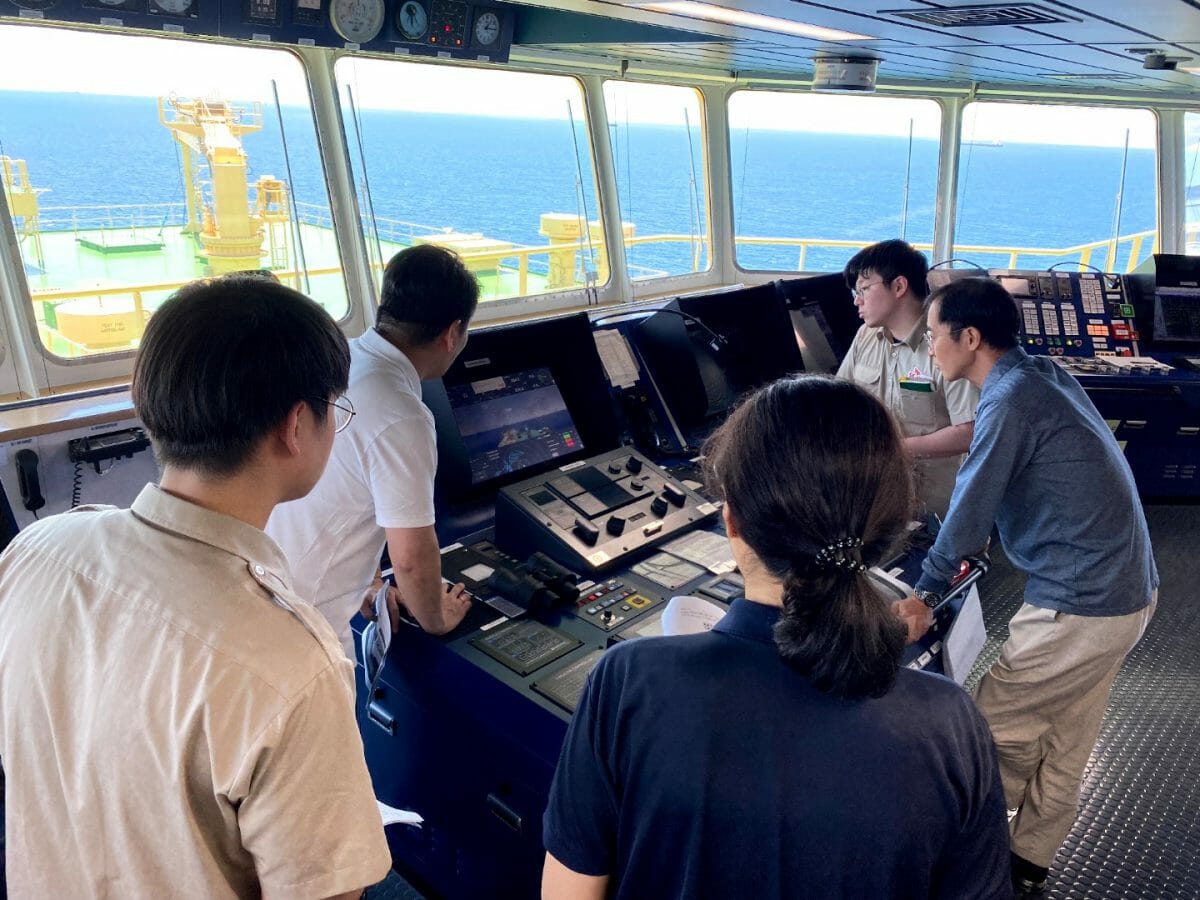 HD Hyundai’s Avikus and SK Shipping successfully carried out autonomous navigation of a large merchant ship across the ocean for the first time of its kind in the world. The captain and his navigators examine Avikus HiNAS 2.0 system in the PRISM COURAGE pictured.

According to Acute Market Reports, a global market research firm, the autonomous navigation ships and related equipment market is expected to grow at an average annual rate of 12.6 per cent, reaching USD 235.7 billion in 2028.

Avikus CEO Do-hyeong Lim said, “It is meaningful that we have successfully tested the Level 2 system to operate a vessel beyond the Level 1 technology providing optimal routes.” He added, “We will lead innovation by upgrading autonomous navigation solutions not only for large merchant ships but also for small leisure boats.”