Home/Technology/Nodes of Justice
Previous Next 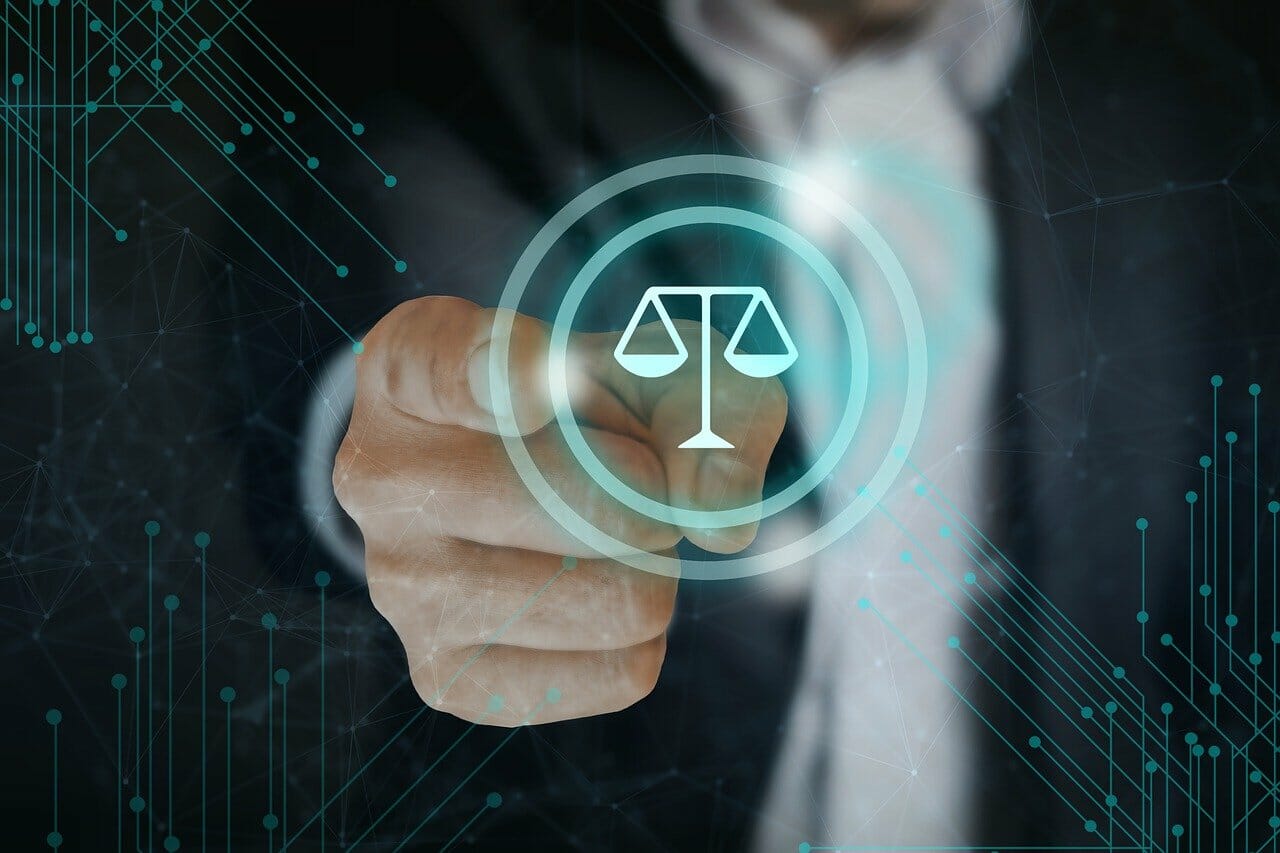 When blockchain technology was invented more than a decade ago, no one could have imagined that it would evolve in the ways that it has. Its primary purpose was to serve Bitcoin transactions as a virtual ledger, but here it is today, shaking the legal profession by giving way to smart contracts. In this article, we will discuss ways in which smart contracts that use blockchain technology have impacted the legal profession.

Organizations of all sizes and operating in all industries and sectors are looking to adopt blockchain technology due to its benefits offering. An immutable public ledger that is completely transparent is a safe and secure way of storing confidential data and sensitive information. By the looks of it, it is not long before blockchain makes huge strides in transforming most industries, and the legal profession seems to be among the first of them due to the introduction of smart contracts.

What is a Smart Contract?

As almost everything today, including records, is digitized, a decentralized application known as smart contracts is equipped with the ability to execute business logic. A smart contract is pretty much like a regular contract but has the capacity to monitor events and perform actions, such as changing the owner title of a land, data manipulation, unlocking content that is secured by the management of digital rights, delivering services, or exchanging money, in accordance with those events.

It is a resource that can be used to record and store data and information as well as to enforce them. Smart contracts are also useful for privacy protection as they can be programmed to meet specific requests.

There is no fixed design for smart contracts, and they can be developed in various different architectures. They can be modified, updated, managed, and distributed in different ways as and when the parties to the contract will. You can integrate smart contracts into different digital exchanges or payment mechanisms and store them as part of any distributed ledger technology.

As of yet, smart contracts are not legally binding and have to be linked with legal implications by taking certain legal steps. Their primary function is to execute various tasks and transactions in response to a given set of conditions that they are bound with.

How Do Smart Contracts Work?

A special-purpose virtual machine hosts a smart contract which is a program that encodes business logic. Smart contracts are stored in a distributed ledger. The process of developing smart contracts involves the collaborative efforts of business representatives and software developers. The circumstances or events that tie the smart contract are integrated into its program along with its desired behavior and set of actions it is expected to perform.

After the program or smart contract is developed and integrated with the desired functionalities, it is tested and QA-ed. A security review team checks the security features of the contract before it receives its approval and is deployed on a distributed ledger infrastructure. A cryptographically secured streaming information source is connected with the contract to get it to listen to updates of events. As soon as the contract receives the programmed set of events, it executes its functionality.

Distributed Ledger Technology and Industrial Internet of Things are two other technologies that smart contracts integrate with. Together, they can enforce, capture, validate, and verify the terms that two or several parties agree upon. Sensors and meters provide the contract with relative information and accompanying proof.

The Impacts of Smart Contracts on the Legal Profession

Legal contracts in today’s world are pretty much the same as they have been since their inception. They require administrative work and physical signatures and are still drafted on hard copies. They are as costly and time-consuming too as they were before. However, blockchain arrived and looked to disrupt the process by digitizing it.

The technology did away with the need for the involvement of a third party and made the triggering process of obligations autonomous. Now, the relevant parties to a contract can create and execute a contract by themselves without fear of payment or several other kinds of disputes taking place.

With the need to enforce agreements being void, the legal profession personnel will not have much work to do pertaining to contracts. The efficiency of the streamlined nature of smart contracts makes it less likely for many cases to end up in court. However, the agreement of conditions and terms of the contract still requires human intervention. It is true that it is possible for businesses to draft the clauses of their contracts themselves, but some will surely seek help or at least advice from lawyers. Due to the automated nature of the technology that smart contracts employ, we can safely say that the recovery phase of the contract has become much less important than its creation phase.

For the last few years, the word has been prevailing that smart contracts are the death of lawyers as new age is commencing pertaining to trusted contractual relations. The Australian Financial Review reported in 2016, “Commercial lawyers are watching the arrival of Ethereum closely given the potential for smart contracts in the future to disintermediate their highly lucrative role in drafting and exchanging paper contracts.”

A contract constitutes an offer and the acceptance of that offer and involves the passing of some consideration. It is not mandatory for a contract between two parties to be in black and white, and it is common for individuals to seal agreements based on just trust. Even for business and in legal terms, it has never been essential for the formation of a contract to have a lawyer involved in the process. Many people and businesses, especially, still employ them as they are skilled and knowledgeable at teasing out significant potential issues of a contract.

Components, such as the understanding of the requirements of the parties to the contract, the time at which they are to perform those requirements, the length for which the agreement is binding, and post-agreement fulfillment from each party, are not as deeply understood by personnel who do not have a legal profession background. These are elements of a contract that the parties can mutually agree on by themselves, but they feel more secure if they are advised on them by a professional.

Furthermore, smart contracts are often intentionally left with a little ambiguity to equip them with some room for the benefit of interpretation. This, in turn, gives space to potential arguments and disputes that consequently lead to disputes. Similarly, the real-time data capabilities of smart contracts can only be real-time while receiving data from the source of one party. For instance, if an organization that is a party to a smart contract clocks its reading every one hour for reports while the other does the same every six hours, the contract can only use one of the two data sources.

In the case of long-term contracts that keep getting modified each time they are renewed, a contradiction within the contract may arise if the parties forget to remove an old clause that contradicts the new one. The smart contract code cannot be got to perform tasks over terms that are contradictory.

What is more good news for the legal profession (for now) is that smart contracts are not capable of judgment and execute exactly what they are encoded to. This, in some cases, causes dismay when the terms of the contract are unclear or vague.

The current blockchain technology is still inflicted with certain data gaps and data glitches, probably because it is still in its evolution phase. But when you look at the potential of the technology, it is clear that it can shake the legal profession to its core through the application of smart contracts. Even now, the occasions of lagging of smart contracts can be predicted, and the contracts can be integrated with protocols to enable it to navigate data tolerances that autonomously recognize errors. With virtually zero downtime, the contracts can perform corrections and remediate themselves.

Smart contracts are steadily shifting the approach of agreements from risk-based to outcome-based. They are forcing a modern methodology that measures performance by listening to digital data to optimally operate for automated processes. All this is rapidly accelerating towards taking inherent biases and human emotions out of the equation.

Only time can tell how much the revolution of smart contracts impacts the legal profession, but it is certain that the role it plays will be significant. It is clear that the legal profession personnel need to nourish a skillset that focuses on the creation of efficient contracts that optimally utilize the digital environment to support the measurement execution of agreements.