Speak Not: Empire, Identity and the Politics of Language, James Griffiths, reviewed

Home/Technology/Speak Not: Empire, Identity and the Politics of Language, James Griffiths, reviewed
Previous Next

Speak Not: Empire, Identity and the Politics of Language, James Griffiths, reviewed 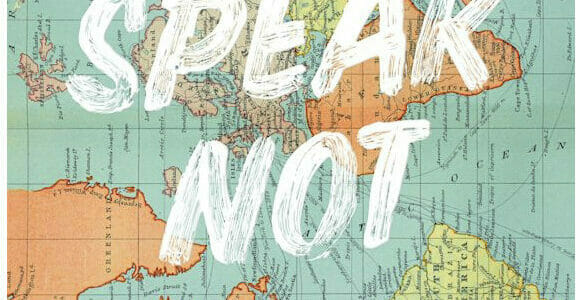 Speak Not: Empire, Identity and the Politics of Language – James Griffiths, reviewed

Language is so important, especially when one group is seeking to control, marginalise or even extinguish another culture. Griffiths mostly focusses on Welsh, Hawaiian and Cantonese, but with references to Irish, Afrikaans, Scottish, Cornish and many other languages under threat. He explains his concepts well, and it does illustrate how important indigenous language is to local culture and unique insights into the world. We are much poorer with every language that dies out, therefore it is all the more tragic when this happens as the result of deliberate government policies and actions.

The book is not all doom and gloom and Griffiths does illustrate how the Welsh and Hawaiian languages have experiences a renaissance over several decades, which has resulted in a resurgence of pride, cultural identity and overall positive wellbeing. Conversely he also discusses the case of Cantonese, spoken by millions, but under threat from Chinese governmental policy which aims to reduce recognition of ethnic minorities and those who are not aligned with the central party views. This book is well worth reading and does illustrate why it is important to fight for as much linguistic diversity as possible.

As globalisation continues languages are disappearing faster than ever, leaving our planet’s linguistic diversity leaping towards extinction. The science of how languages are acquired is becoming more advanced and the internet is bringing us new ways of teaching the next generation, however it is increasingly challenging for minority languages to survive in the face of a handful of hegemonic ‘super-tongues’.

In Speak Not, James Griffiths reports from the frontlines of the battle to preserve minority languages, from his native Wales, Hawaii and indigenous American nations, to southern China and Hong Kong. He explores the revival of the Welsh language as a blueprint for how to ensure new generations are not robbed of their linguistic heritage, outlines how loss of indigenous languages is the direct result of colonialism and globalisation and examines how technology is both hindering and aiding the fight to prevent linguistic extinction.

Introducing readers to compelling characters and examining how indigenous communities are fighting for their languages, Griffiths ultimately explores how languages hang on, what happens when they don’t, and how indigenous tongues can be preserved and brought back from the brink.

More about the author

James Griffiths is Asia Correspondent at the Globe and Mail, currently based in Hong Kong. He was previously a senior producer at CNN International, where he reported on the ground from Hong Kong, China, South Korea, Sri Lanka and Malaysia. He is the author of Speak Not: Empire, Identity and the Politics of Language (Zed Books, 2021).